TEA Tuesday is back!

Ava needs a little more time to work her editing magic so, in the meantime, I'll be sharing some more previews with you all :) So let's jump into it!

In one of my earlier posts, I briefly talked about the eight major factions that influence things on Orn. Let's see how they are described in the zine: 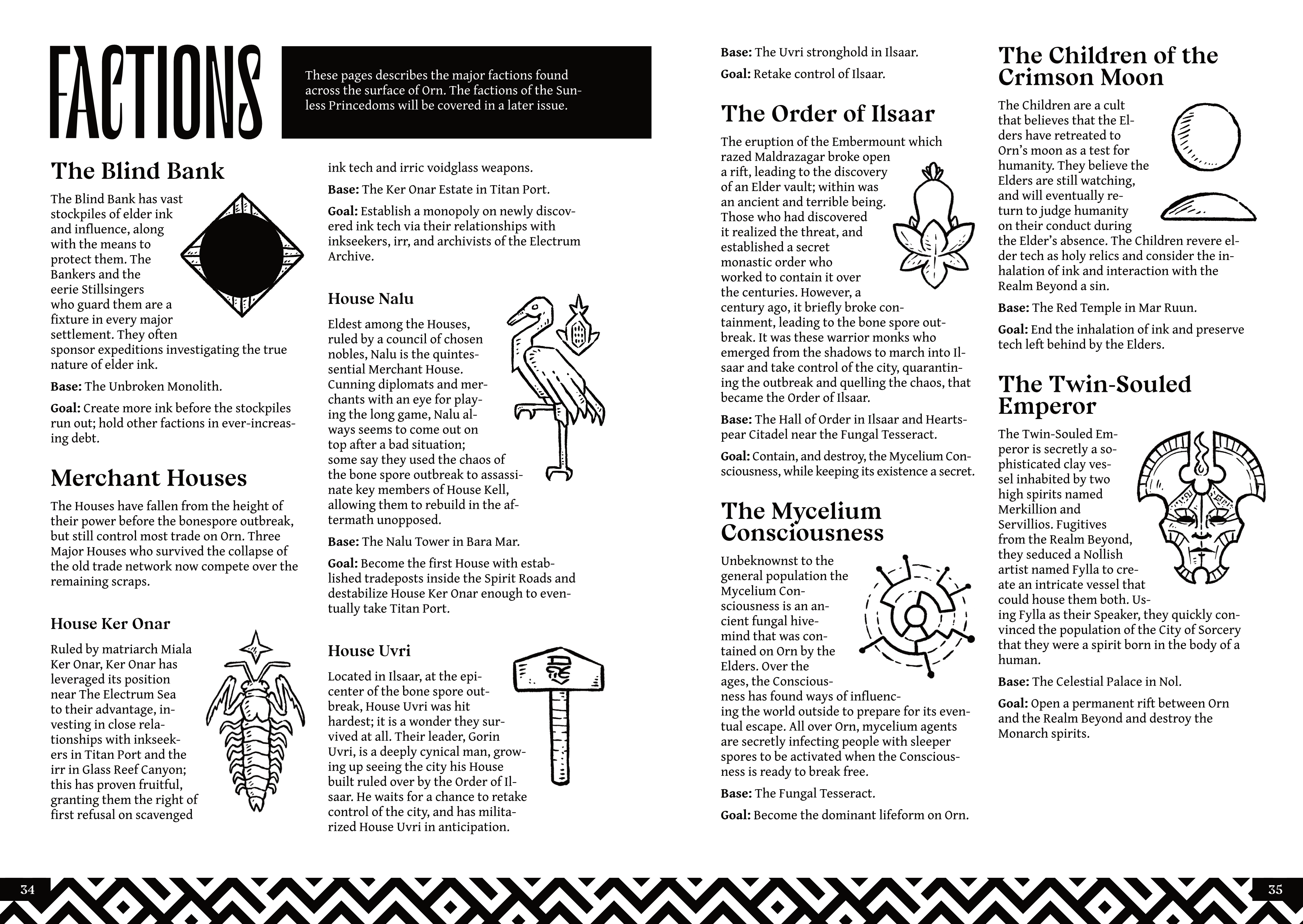 Each faction has a short description containing some information about its history and place in the world. It also includes the location of their main base of operations and a brief description of what goal they are planning to accomplish.

These factions are of course far from the only groups trying to accomplish something on the surface of Orn, but they are the ones whose influence can be seen in regions beyond their direct control. The other smaller factions of Orn are briefly described throughout the zine wherever relevant. Here are some examples of minor factions you may find mentioned in the first issue:

That's it for this week! I'll see you all again next week with another preview!

Get The Electrum Archive - Issue 01